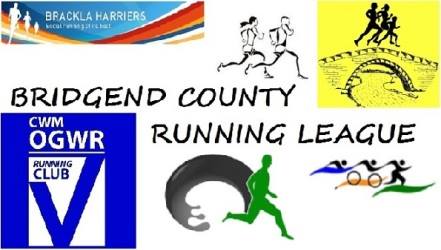 Last year we as Porthcawl Runners competed in the inaugural Bridgend County Running League (BCRL). It was a thoroughly rewarding competition, which tested us all as runners and also forged stronger bonds with the other five clubs that participated. It consists of six races, each hosted by the league member clubs (including us!!!), run throughout the summer months (well, nearly..).

THE BCRL IS FOR EVERYONE.

There are no barriers to entering for any of our fantastic runners – the scoring system means that everybody contributes to the team score. Did I say that the BCRL was for everyone?

So what’s it all about?

Well, as mentioned it is a running competition between the six original clubs: Bridgend Athletic, Brackla Harriers, Cornelly Striders, Cwm Ogwr, Pencoed Tri and ourselves. But this year we are being joined by the newly formed Pencoed Panthers. You will recognise most of the runners from the other clubs if you have ever been down to Porthcawl seafront at 9am on a Saturday morning..

The first race is on the 14th May at 11am in Ogmore Valley hosted by Cwm Ogwr. It’s a 5 mile road race around Ogmore Valley. That means hills, but I know you are all made of strong stuff, so that won’t be a problem..

The second race is on the 31st May at 7.30pm down Merthyr Mawr lane hosted by Bridgend Athletic. This is a 5k road race with a gentle incline, if you’ve ever run Porthcawl Parkrun, this one will be no problem.

The third race is on the 28th June, and it’s ours! A 4K time trial on the seafront common. You’ll all be used to the course because of its where we train! If you can’t run the event, we’ll be trying to rope you into helping…

The fourth race is on the 19th July at 7.30pm at Kenfig Pool hosted by Cornelly Striders. 5k over sand. But don’t worry about it, we’ll organise some training sessions on the beach to prepare you..

The fifth race is on the 22nd August at 7.00pm at Bryn Garw Country Park hosted by Brackla Harriers. The distance hasn’t been stated yet, but it won’t be any longer than 5 miles (8k).

The final race is on the 30th August at 7.00pm on Rest Bay beach hosted by Pencoed Tri. This was just under 5k last year.

THE BCRL IS FOR EVERYONE!!

You can enter as many or as few races as you like, every entry counts and it is a fantastic way to try racing in the local area..

If you would like more information about the BCRL, head over to the Facebook page, or feel free to message me or any of the coaches, or even catch us during training nights!