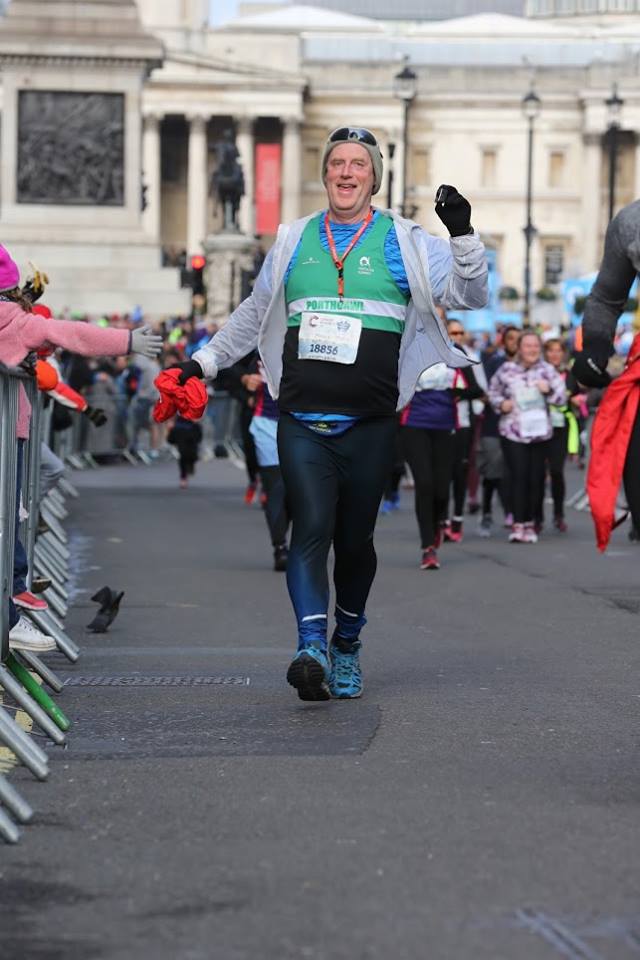 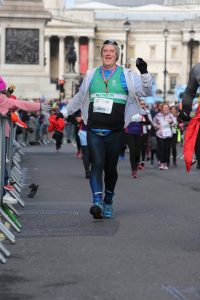 They say that cancer will affect most of us at some point.

Those sentiments certainly ring true for Porthcawl’s Mark James, who has watched a close family member and friends battle the deadly disease in recent times. 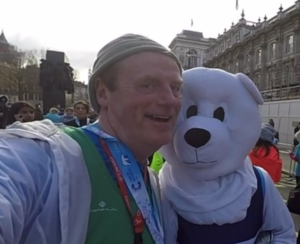 And it was those courageous battles that made him decide he wanted to do his bit to help the fight.

The 53-year-old, a member of the Porthcawl Runners, completed the London Winter 10k Run for Cancer Research UK on February 4 while has already smashed his initial £470 fundraising target via his JustGiving page.

“My dad is a survivor,” said Mark, who only took up running a little over 12 months ago.

“I also know some people locally that are bravely fighting so this cause really rang home to me.”

It wasn’t all plain sailing though, having been laid low by flu in the weeks prior, which set him back in terms of preparation for the big day.

However he was on the start line in Trafalgar Square and was supported on the day by wife and fellow runner Louise right to the finish in Whitehall. 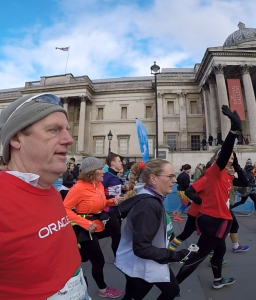 “The atmosphere of this race was rumoured to be outstanding and did not disappoint,” continued Mark.

“The support and encouragement I’ve received has been superb – and I needed that as running really suffered over Christmas when I had some sort of flu.

“I was nervous and the aim was just to finish, as my fitness was not back to where it was.

“The support on the way round from the public – supporters dressed as penguins, yetis and polar bears – was brilliant.

“The run was amazing; so many stories, people had signs on their backs, there were many survivors and many running to support or in memory of people.

“There were choirs, snow machines and a percussion band too and that all made the run easier.”

On what was a freezing cold day, Mark also filmed some of the run on the way and was pleased as he came home in just under 1hour 10mins. 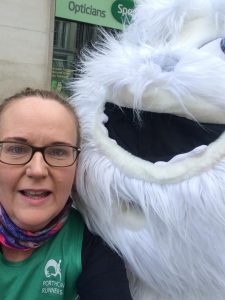