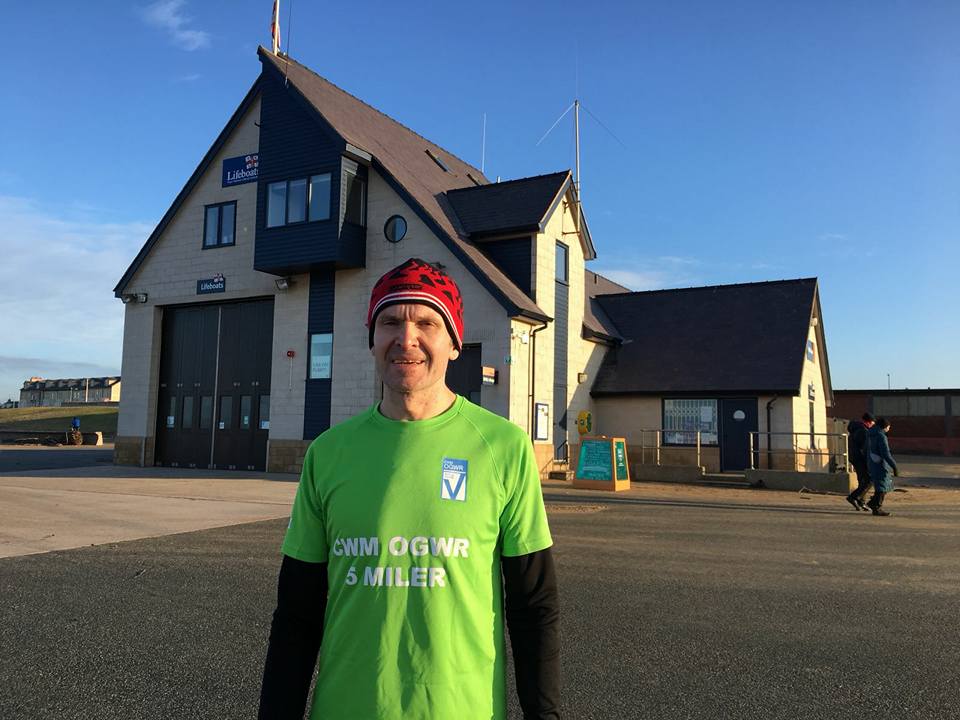 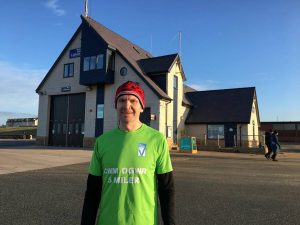 The 45-year-old doctor has set himself the challenge of completing the full official 870 miles (1,400 kilometres) of the path – which opened back in May 2012 – while also raising money for both prostate cancer and breast cancer care.

Will has long been inspired by Bill Bryson’s book A Walk in the Woods, which is about Bryson’s attempt to hike the Appalachian Trail, which stretches more than 2,200 miles in the Eastern United States from Georgia to Maine.

But it is the heroic battles of people much closer to home which have given Will the extra motivation to take on the challenge – friends and fellow Porthcawl Runners who have been diagnosed with prostate and breast cancer in recent times.

The path starts from Flintshire in the north and runs around the whole Welsh coast to Chepstow in the south, with Will attempting to run and walk the distance – in sections – this year while also plans to cycle parts, too.

Will made the trek up to North Wales last week to start the journey properly and clocked up 36 miles in total, while will return there later in the year to finish that stretch.

He will be flanked by family, friends and fellow club members at various stages along the way and, given course diversions, it is also likely he will exceed the official 870-mile distance.

Will is fundraising via his JustGiving page. To donate, visit www.justgiving.com/fundraising/william-edwards11

He is also blogging his journey at: wilfyporthcawl.wordpress.com